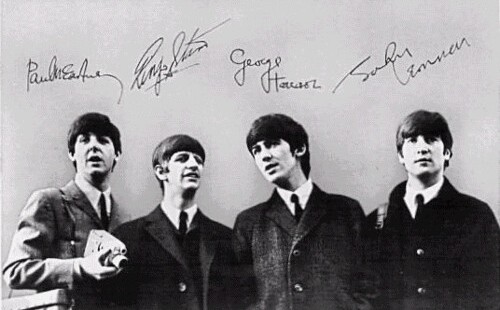 For decades, British music has influenced artists and musicians all over the world.  Throughout history, The U.K has been a major producer of musical talent, including bands like The Beatles and The Rolling Stones.  In this article, I’m going to talk about some of the music genres that have shaped the British music scene and discuss how these genres may have emerged in the first place.

In the 1950’s, Rock and Roll became very popular across Britain.  British rock and roll is a style of popular music based on American rock and roll, which came about in the 1950’s and was popular until the early 1960’s.  Unlike American rock and roll, which had Elvis Presley at the forefront, British rock and roll was not as popular or as good as that of our American cousins, but it was important for British youth and music culture.  The response from young people in Britain towards rock and roll music was incredibly powerful which led to the British music industry realising that they had to produce music for the youth market, as they were the ones buying the records.  In 1958, Britain produced its first ‘authentic’ rock and roll star, when Cliff Richard reached number 2 in the pop chart with the song ‘Move It.’  This style of music and culture led to the British invasion of popular music in the 1960’s. Beat music was heavily influenced by rock and roll and soul music.  It developed in the U.K, in the Liverpool area, in the early 1960’s and had a strong beat, simple guitar riffs, vocal harmonies and catchy tunes. The Beatles were the most influential group around at that time and their music soon dominated the popular music charts all over the world.  This global take over of the music scene was referred to as Beatlemania.  Their arrival in the USA changed attitudes towards popular music in America, and from 1964 to 1970, the Beatles had many top selling U.S singles and albums throughout the period.  At home, girls went crazy over the Beatles and became hysterical at their concerts.  For the first time in British history, American singers and bands were less popular than British acts. The skinhead subculture, aptly named because of the group’s penchant for very short or shaved hair, originated among working class youths in London in the 1960’s.  Skinheads wore big, clunky boots and shoes, often Dr Martens, and didn’t want to listen to the popular music of the time.  The real roots of the skinhead movement came from Jamaican immigrants who came to the UK in the late 1940’s and 1950’s.  The white British workers couldn’t help but be influenced by the music and style of their new Jamaican friends.  Reggae and ska music played a major role within the skinhead culture.  The style was very smart.  Suits or smart jackets were worn with shirts, along with shiny polished shoes or boots.  The trousers were worn quite high, with the leg bottoms hanging near the ankles, a style used by the Jamaicans.  Skinheads embraced the new look and the rhythm of the ska and reggae music.  Skinhead reggae was created exclusively for the UK market.  Some of the popular artists of the time were Desmond Dekker and John Holt.  In the 1970’s, football fans who came to London to watch matches, saw this new look and took it back with them to their towns and cities.  Soon, the skinhead fashion started to spread across other areas of the UK.  Later on, for various reasons, the skinhead look became associated with racism.  Sadly, many people today do not know the origins of the skinhead movement, which came about through a shared love of music and style, bringing black and white people together.

Desmond Dekker, one of the most famous Skinhead Reggae singer In the mid 1970’s, the U.K slipped into a period of social decline.  Punk music, which carried a very strong message, became very popular.  Unlike the skinheads, who took pride in their appearance, the punks were very scruffy, had multi-coloured hair and body piercings.  Whereas the skinhead movement emerged from council estates in poorer areas, many punk rockers were from middle-class families and were well-off.   The Sex Pistols are the most famous British punk rock band.  However, another band called ‘Sham 69’ were an important part of the punk movement and one of the most successful punk bands in the U.K.  Punk songs were typically short, fast-paced songs with hard-edged melodies and singing styles, often with political anti-establishment lyrics.  The Sex Pistols and other punk bands carried a simple message, they wanted to be free to do what they wanted to do and punk music gave them the freedom they desired.

For decades, British music has taken the world by storm.  British artists have firmly impacted the European and global history of music and one in six of all music albums sold worldwide is British.  In this article, I have only touched upon some of the British music trends that have impacted the world.  Next month, I will continue with the same theme.  I hope you have enjoyed part one and perhaps, if you have some free time, you can listen to some of the artists mentioned in this article.  Happy listening!